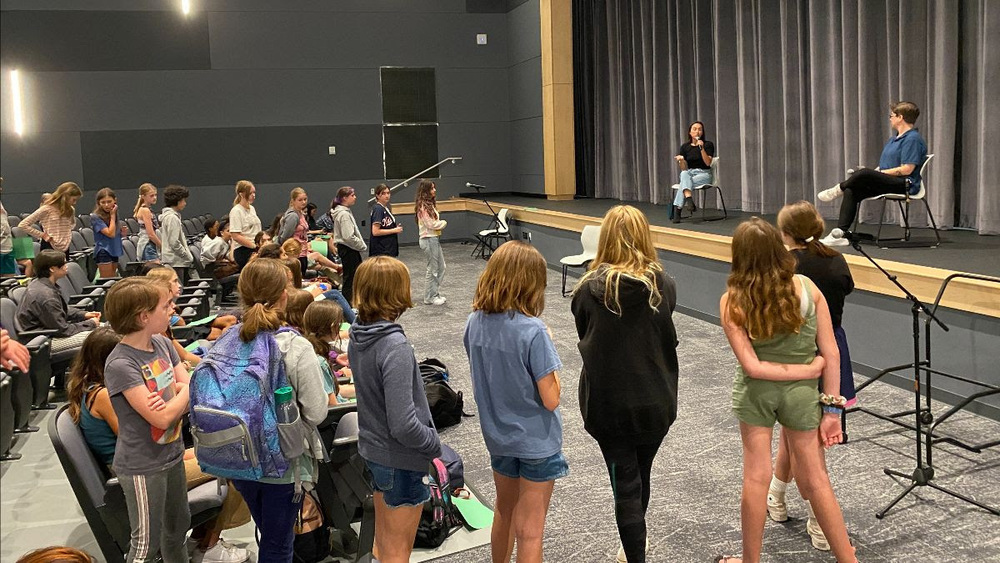 Former Mary Ellen Henderson Middle School/Meridian High school student, Julia Estrada, visited the Secondary campus recently to talk to students about her path to the stage. She is currently the understudy for Angelica, Eliza, and Peggy and a swing for the touring company of "Hamilton", presently performing at the Kennedy Center.

This event was made possible by former Henderson theater teacher: Mrs. Piscopo.   Current theater teacher, Ms. Lisa Gross, asked many questions, including about how she keeps a positive mindset after rejection (it took her four years to get onto the Hamilton cast) and how she prepares lines, choreography, and roles for three different characters.; and what does it mean to be “a swing?”

Students pondered how she decided she wanted to get into Musical Theater? (answer: borrowing classic musical movies like Mary Poppins from the Mary Riley Public Library!) as well as: Has she ever met Lin Manuel Miranda? (answer: yes, he was her neighbor, but she didn’t meet him until she was cast in Hamilton). She also addressed how she handles stress and rebounds from forgetting a line in a show. 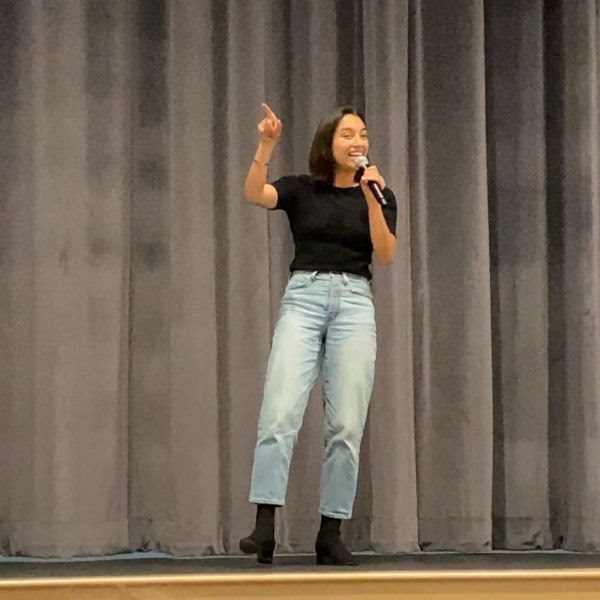 As a grand finale, she sang Eliza’s “Satisfied” while the students sang along.